The high rate at which women and girls in South Africa are killed and abused is widely recorded.

Among those murdered was 19-year-old Jesse Hess who was found beaten, 14-year-old Janika Mallo who was found with a serious head injury and boxing champion,Leighandre ‘Baby Lee’ Jegels who was shot dead by her boyfriend.

A study by 1st For Women reveals that out of the 500 respondents surveyed, 36% are more about the safety and security of their friends and family than themselves.

The survey also shows that women are increasing security measures where they can with 44% of the women surveyed having installed tracking device on their children’s cellphones, 33% having increased the security at their home and 16% having installed additional security features their vehicles.

The #AmINext conversation that has gone viral shows greatest fears women in South Africa have following the surge in reporting of femicide, not only for their loved ones but for themselves as well. Women have also come out to share shocking stories of when they were violated. Most of them were shut down by officials or even their families when they tried to report the incidents.

Suggestions of getting pepper sprays and other self-defence mechanisms are floating around but the issue remains the same, women are terrified in South Africa. 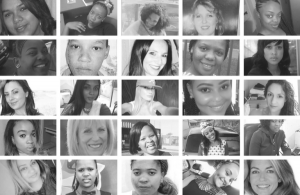