The Global Economic Crime and Fraud Survey, released by PwC 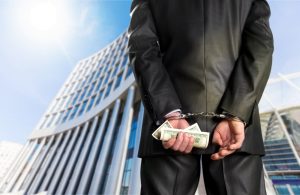 , found that South Africa’s rate of 77% was much higher than the global rate of 49%—consistently so.

The types of white-collar crimes in South Africa are indicative of the kind of corruption that’s been a blight on the economy and damaged the country’s reputation. Asset misappropriation was the most prevalent, followed by fraud committed by consumers and procurement fraud.

“This indicates that the entire supply chain in South Africa is fraught with criminality,” the report said.

It’s exactly the kind of white collar crime that is threatening to be the undoing of multinational group Steinhoff, in which questionable balance sheets revealed years of cooking the books to inflate the company’s value and the wealth of billionaire Christo Wiese.

In the public sector, “state capture” has become a buzzword in South Africa. Based on a report by the constitutional watchdog, the Public Protector, it describes how state-owned enterprises like the national power supplier were exploited and downright looted through dodgy supplier contracts worth millions of dollars.

In its sixth year, the survey spoke to 7,200 respondents from 123 countries. This year has seen a 36% year-on-year increase, but that is likely due to a heightened awareness of these kinds of crimes, said PWC.

Africa as a whole painted a similarly dire picture with more than half of the highest reporters coming from Africa. Kenya, for example, followed South Africa with a reported rate of 75%.